As mentioned in my new year's plan a motivation for my current project is having an End-of-life (EOL) Chromebook and wanting to bring it up to date.

Acer C720, as pulled from the helpful Developer Information for Chrome OS Devices

Prior to power washing the device it showed: 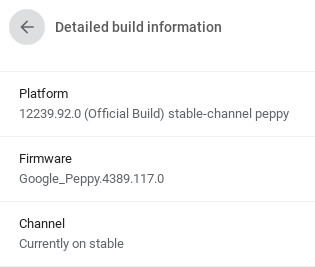 Interestingly while power washing I was provided an option to “Update firmware for added security”: 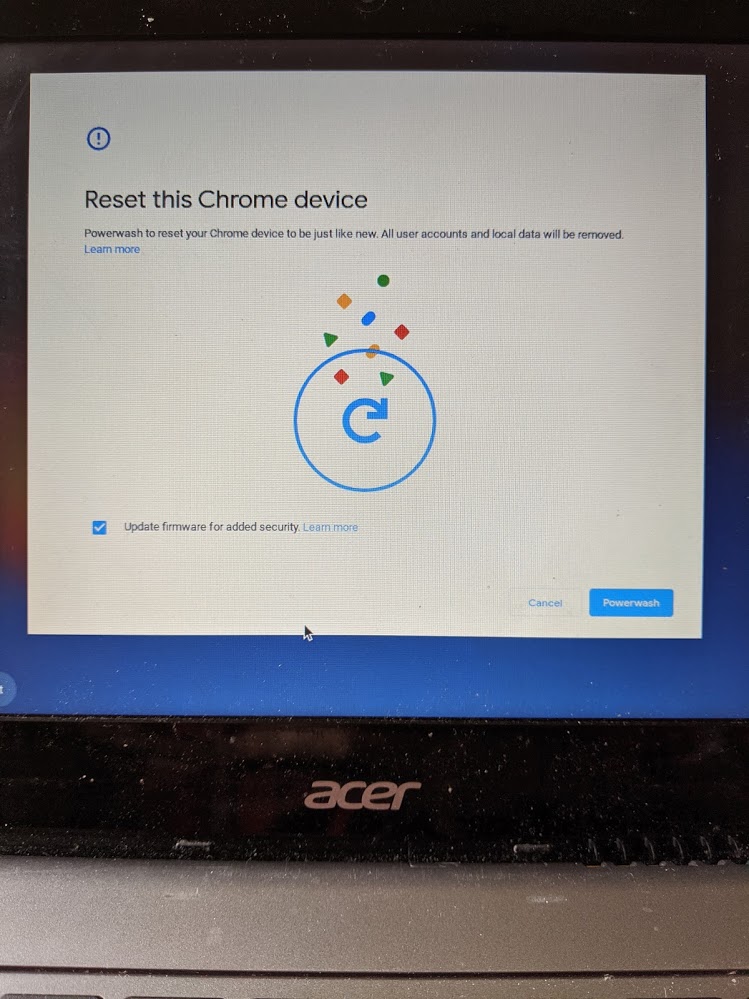 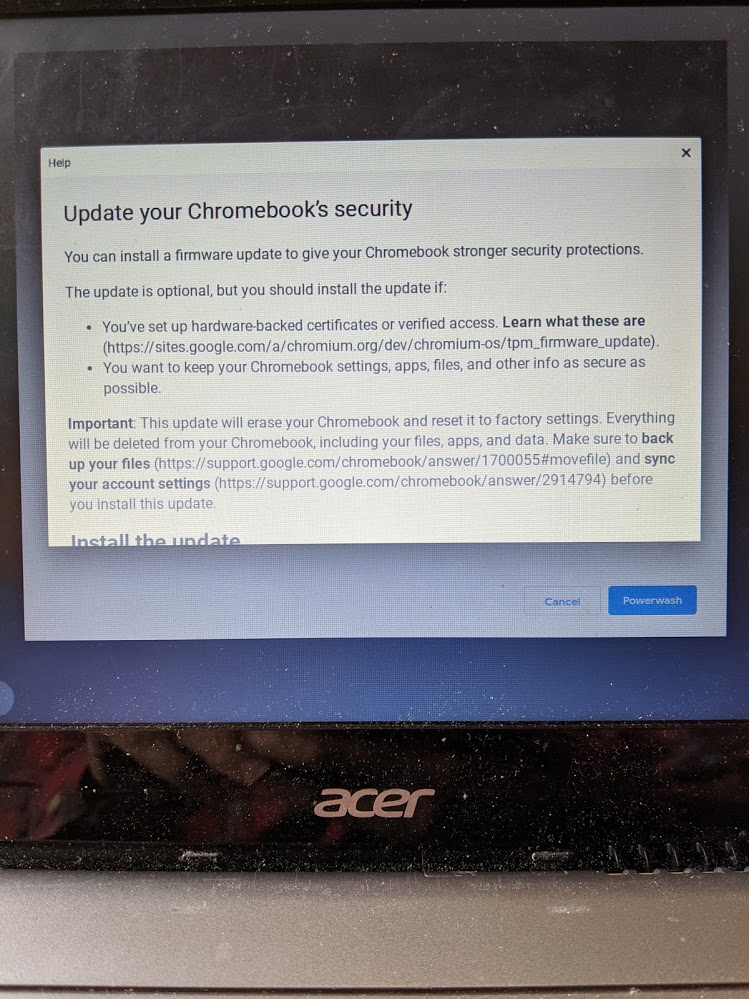 Even more interesting was this did not result in a higher firmware version. After the power wash and logging in as a guest it still reports Google_Peppy.4389.117.0. To cap it all off a second power wash did not prompt for a firmware update???

While looking for more information on this I found the Trusted Platform Module firmware vulnerability: technical documentation (fortunately my machine was properly patched. Helpfully though this referenced chrome://system as a place to get detailed firmware information. It has a ton of great information.

This refers to the embedded controller, which how cool is it that all this information is publicly available.

As a final note the dmesg output had a few interesting lines. The first of which is perhaps the aforementioned firmware update (though oddly it seem to get applied every boot)?

The other of which, is probably an interesting rabbit hole:

Some quick references are probably Issue 473051: Unexpected error is seen while recovering on peppy and falco and the linked commit. As well as the remark

This feature is only used on some platforms and only for logging purposes, so it is safe to let it not work.

Enough on the firmware rabbit hole, but one final tidbit I found interesting is that even to get to guest mode seemed to required network connectivity and accepting some Terms of Service. A quick search did not immediately reveal a way around this. If would be interesting to log this connection and see what, if any, traffic is actually sent.

On to Developer Mode

Consulting the Debug Button Shortcuts has all kinds of interesting key combinations. The specific one we want is Recovery Mode (Esc + Refresh and press Power) then Developer Mode (Ctrl + D).

It really is that easy.

I have power washed chromebooks and worked in developer mode a number of times previously, but this all goes to show that you can always dig deeper and learn more, even doing tasks that seem straight forward.

I've actually gone ahead and build a chromiumos image, but I'm going to leave describing that (and testing it to another session).